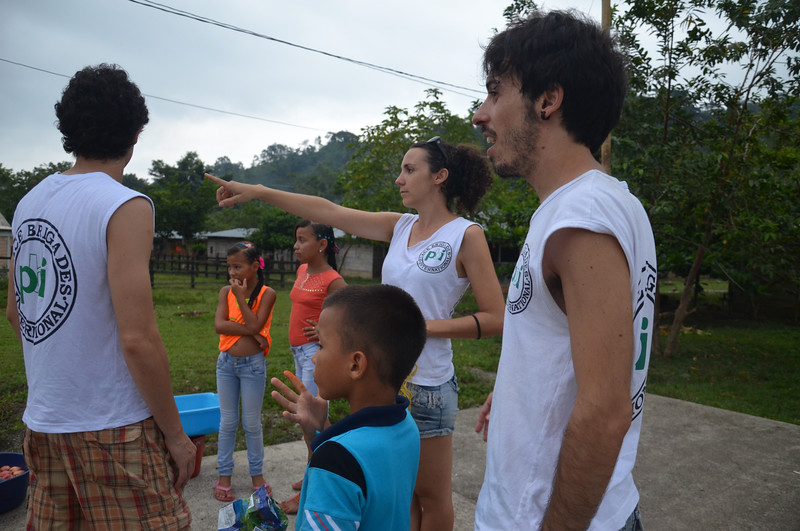 During the last quarter of 2014 we celebrated the 20th anniversary of PBI in Colombia. PBI opened its office in Urabá, northwestern Colombia, in 1997, and to commemorate its 20th year anniversary our team celebrated with the people of the humanitarian zones in Curbaradó, Jiguamiandó and La Larga Tumaradó, and with the Peace Community of San Jose de Apartadó. Here are some pictures from the celebrations. Above, Marco, Amanda and David are preparing games with the Community.