From the Humanitarian Refuge in Puerto Claver - pbicolombia

From the Humanitarian Refuge in Puerto Claver 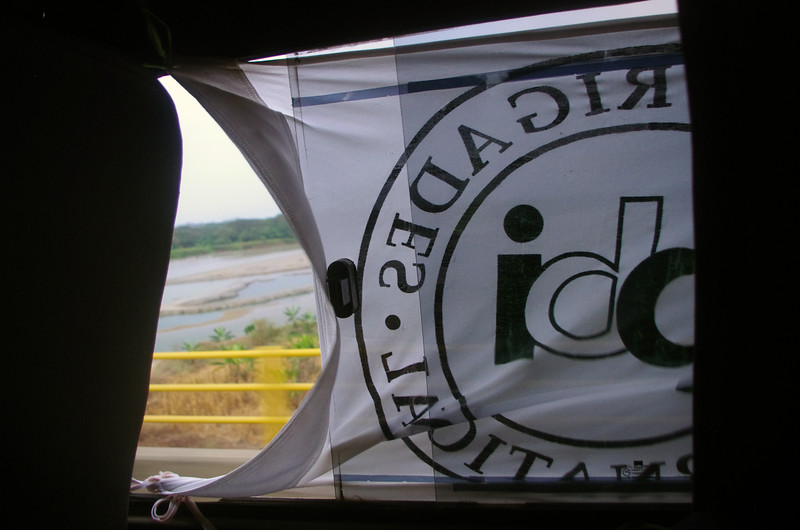 It's a long way from Barrancabermeja, Santander to El Bagre, a sub-region of the neighbouring department of Antioquia. While only 120kms as the crow flies, it's a 20-hour journey by bus via Medellín where we met with Mauricio Sánchez, the president of Aheramigua, the Asociation of the Small-Scale Farmers and Miners of Guamocó to accompany both him and colleagues from other organisations to a humanitarian refuge in the settlement of Puerto Claver, El Bagre.

In Puerto Claver hundreds of people have been displaced by the armed conflict in the surrounding area. Mauricio has brought together a Verification Commission to independently investigate the causes of the displacement and disappearances and to help those affected with the legal processes that will help to ensure that the state fulfils its obligation to protect the human rights of its citizens.